While the Chinese are hailed for inventing gunpowder and the gun, firearms in China were never very highly developed. Kenneth Chase convincingly argues in his book that it was probably the high weight of early firearms that prevented the Chinese from putting emphasis on their further development, as they mainly fought highly mobile mounted archers like the Mongols from the north. In Europe firearms served well from the beginning, defending walls and ramparts of towns and castles, leading to their further development in this part of the world.

The Chinese army still used matchlock muskets like this one until well into the 19th century. Despite being technically inferior, some were being put to use with great skill. D.F. Rennie, a doctor with the British troops, described the Qing musketeers he saw in action to carry out their routines "with wonderful celerity and expertness", even on horseback. When he saw Qing mounted musketeers in action in 1860 who while retreating in a full gallop were nevertheless able to: "turn around, fire off their pieces, and reload as they galloped away". This meant they needed to insert the new gunpowder, insert the bullet, fill the priming pan, put the match back on the serpentine, all while in full gallop.

Presented is a Qing cavalry musket, or 馬鎗 (maqiang). Chiseled in the barrel of this gun are the characters 協左三十七號 meaning "United Left [Wing] Number 37".

Such muskets were used by cavalry divisions of the Chinese Martial or 漢軍 (hanjun) or certain divisions of the Green Standard Army 綠營 (luying). The United Left Wing inscription places it in the hands of a provincial auxiliary army. Such armies often served to fight rebellions such as the Taipings in the 19th century.

Qing dynasty matchlocks are very rare. Cavalry muskets are even more rare, this being the only example known to me at this point that can be accurately attributed to a certain cavalry division. 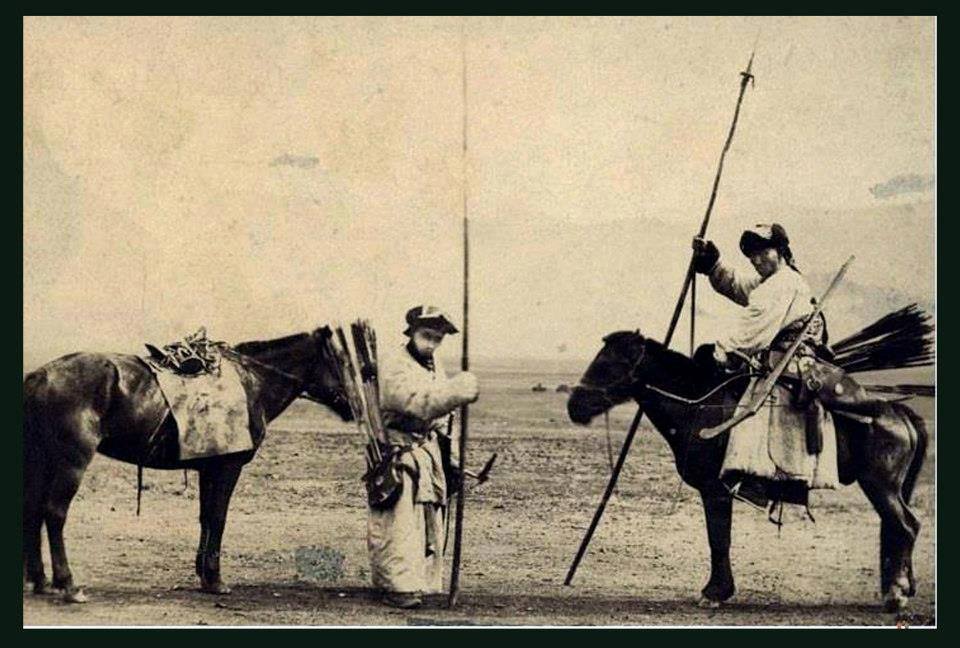