A London based private collection

Téngpái (藤牌) literally means "rattan shield". It was a circular shield, made of a large spiral or rattan that was bound with strips of rattan skin. Such shields are described in use in China from at least the Song dynasty (960–1279). It probably originated in southern China, and has always been strongly associated with Fujian. Rattan shields have long been in more widespread use in southern China where the subtropical climate is less suited for full armor.

The overall shape of this shield, with a peaked dome, represents an earlier style of rattan shield that was popular from the Ming dynasty up until the early 19th century. By the mid 19th century the shapes became less peaked and more domed, because they dealt with fewer arrows for which the peak and the "eaves" were designed, while a flatter shield is lighter to carry.

It comes with a handle bar and handle ring. Unfortunately, the handle bar has come loose from the shield.

This particular shield has two unusual features, it is signed on the handle bar and the depiction of the tiger is very lifelike.

The handlebar of a this shield is signed in calligraphy using a brush and black ink. It is the only shield known to me that was signed by its maker. 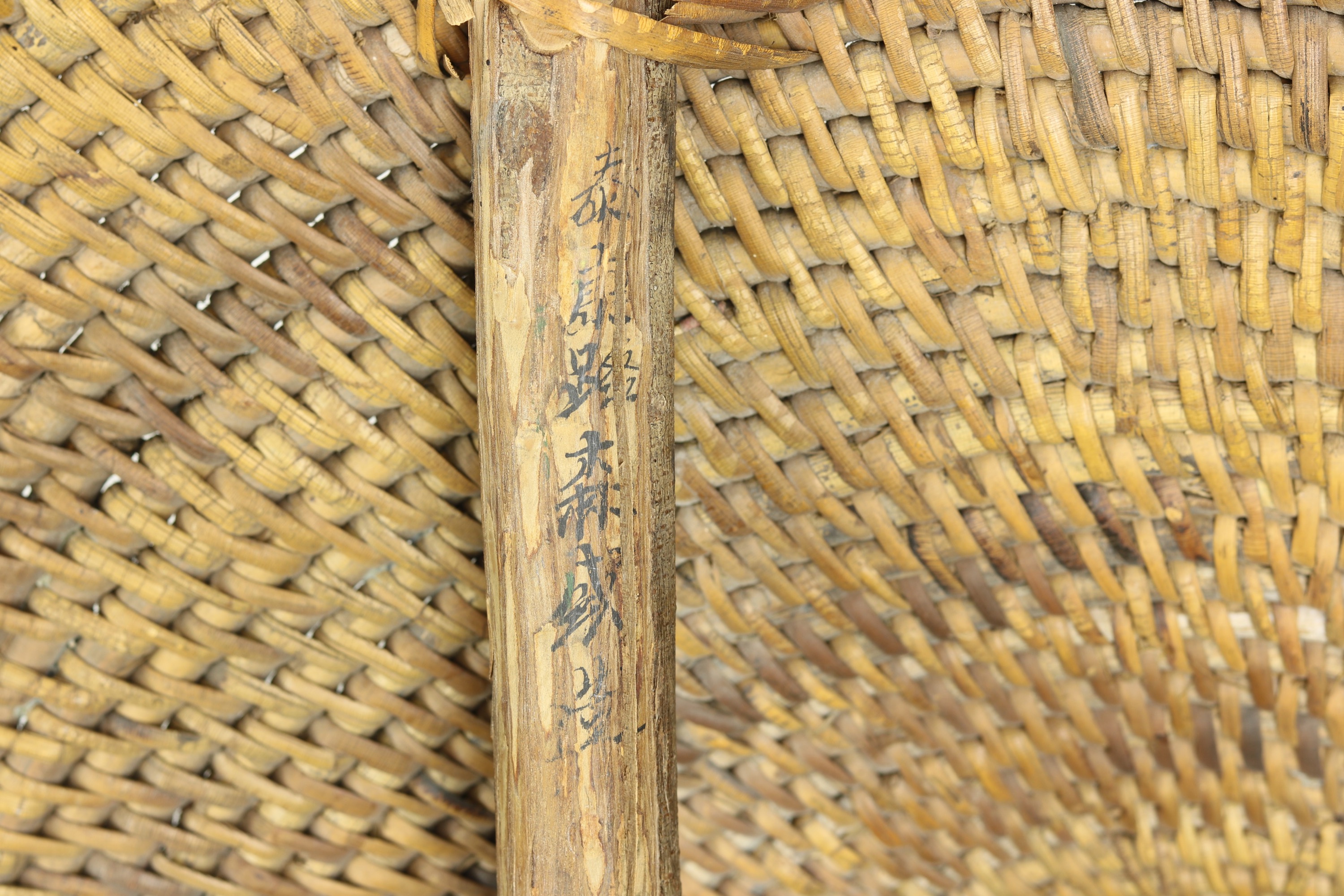 Sēn Shèng (森盛) could be a personal name but is probably the name of a business. Today, there is a furniture company in China by that name.

Tàikāng Street probably refers to a street by that name, situated in Huángpǔ district (黄浦區), the old part of Shanghai. The area was the Shanghai French Concession from 1849 until 1943. It was traditionally a market street, nowadays the area is focused on contemporary art.

It is unlikely that the shield, a military item, was made during the French occupation and so it probably dates from before 1849. This coincides with the more classic overall shape of the shield that is not seen in any Qing photographs. Photography caught on in China from the 1860s onwards and so only portrays the last few decades of the Qing.

The tiger face is unusual in that it is not stylized like they tend to be, but a very lifelike representation of a tiger. It has a very European feel to it. It is possible that the maker, based in metropolitan Shanghai, has been able to study European drawings of tigers and based his design on those.

It came from the collection of a dentist in London. It was temporarily on loan to the British Museum for the exhibit titled "Chinese Weapons and Armour" which ran from 15th December 1994 - 15th January 1995.

A very interesting Chinese rattan shield that is noteworthy for its rarer early style, the unusual realistic tiger decoration, and the fact that it is the only shield known in the world that bears a maker's signature.