The milam sword of the Garo headhunters of Assam is easily one of the stranger swords around. Typically forged of a single piece of steel, it has a nearly straight double-edged blade with a broad, peaked tip. The hilt is recurved, has a crossguard, and a fish-tail-shaped pommel.

In addition, there are usually two chisel-like protrusions on the portion of the hilt between guard and blade.

It is unknown how old the design is, but a similar sword, only without the crossguard, is seen on the earliest known sketch of a Garo warrior, dating from 1789. 18th century sketch of a Garo in war dress.
From Observations on the Inhabitants of the Garo Hills
Made during a public deputation in the years 1788-1789.
Page 17. 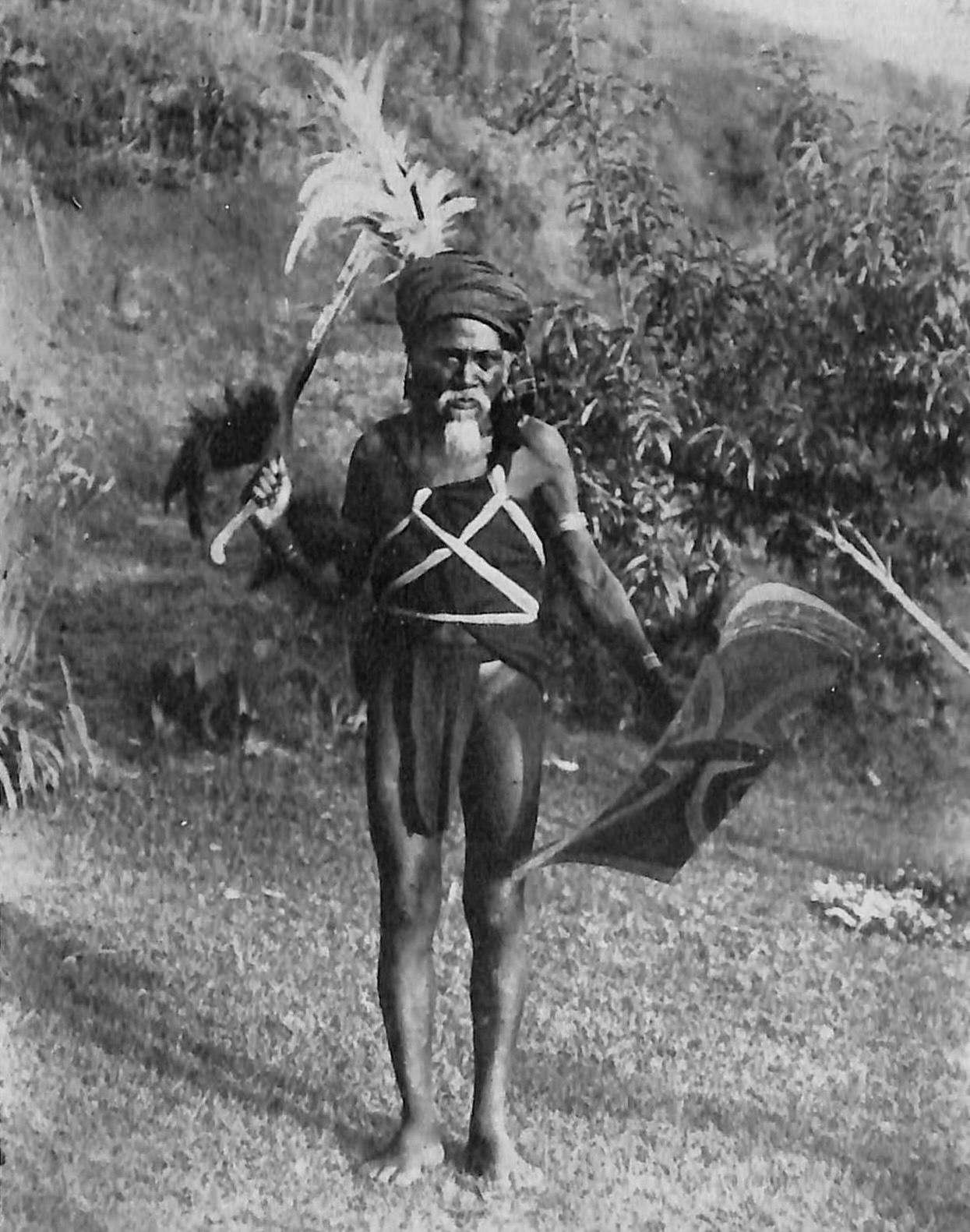 The most detailed account on these swords comes from Major A. Playfair, published in 1909:

"The principal weapons of the Garos are swords and spears, without one or other of which they are rarely seen. The sword is very quaintly designed, and would be found awkward to use by anybody but a Garo. It varies from 3 to 4 ft. in length; has a straight blade about 2 ins. broad, a blunt, arrow-shaped point, and from hilt to point is made of one piece of iron.

The grip is very thin, and instead of being straight, is curved, and ends in a fiat, sharp-edged, rounded head. This sharp hilt is supposed to enable the owner to stick his sword into the ground by his side when he halts, so as to have it always ready to his hand. At each end of the crossbar is attached a bunch of cow’s-tail hair, or what is more greatly prized, part of a yak’s tail.

The sword is always carried naked, and is never placed in a sheath or fastened to the body, it is a most useful possession to the Garo on the march, for with it he can clear jungle which bars his way, split firewood and cut up his food, besides using it for the main purpose of defence. These swords are purchased from the Megams in the Khasi Hills district, and appear to be of Khasi origin. The ordinary weapon can be purchased for two or three rupees, but an heirloom is much prized and cannot often be bought."

A fairly textbook example of this most unusual sword. It is a substantial piece, its blade pitted and battle-scarred with several nicks that indicate hard impact.

The crossguard is covered with two bamboo tubes, from which a mix of animal hairs and plant fibers emerge.

A peculiar feature is some remnants of stamped letters in the hilt, which seems to suggest it is fabricated out of a foreign, imported bar of steel. Probably British.

The words are probably a remnant of the word "refined".

In original "as found" condition. Condition is not great, but at least it is without any repairs, restorations, or attempts to clean the blade. See photos to get a good idea of the state of the item.