Of Ottoman make, for Yemeni market

Sabiki is the Yemeni term for a large sword-like variety of the jambiya, the Arab dagger. They are also known as Wahhabite jambiya named after the Wahhabi fundamentalists who were known to wear them. The sabiki is mostly associated with the Asir and Jizan region in the southwest of the Arabian peninsula but was in wider circulation.1 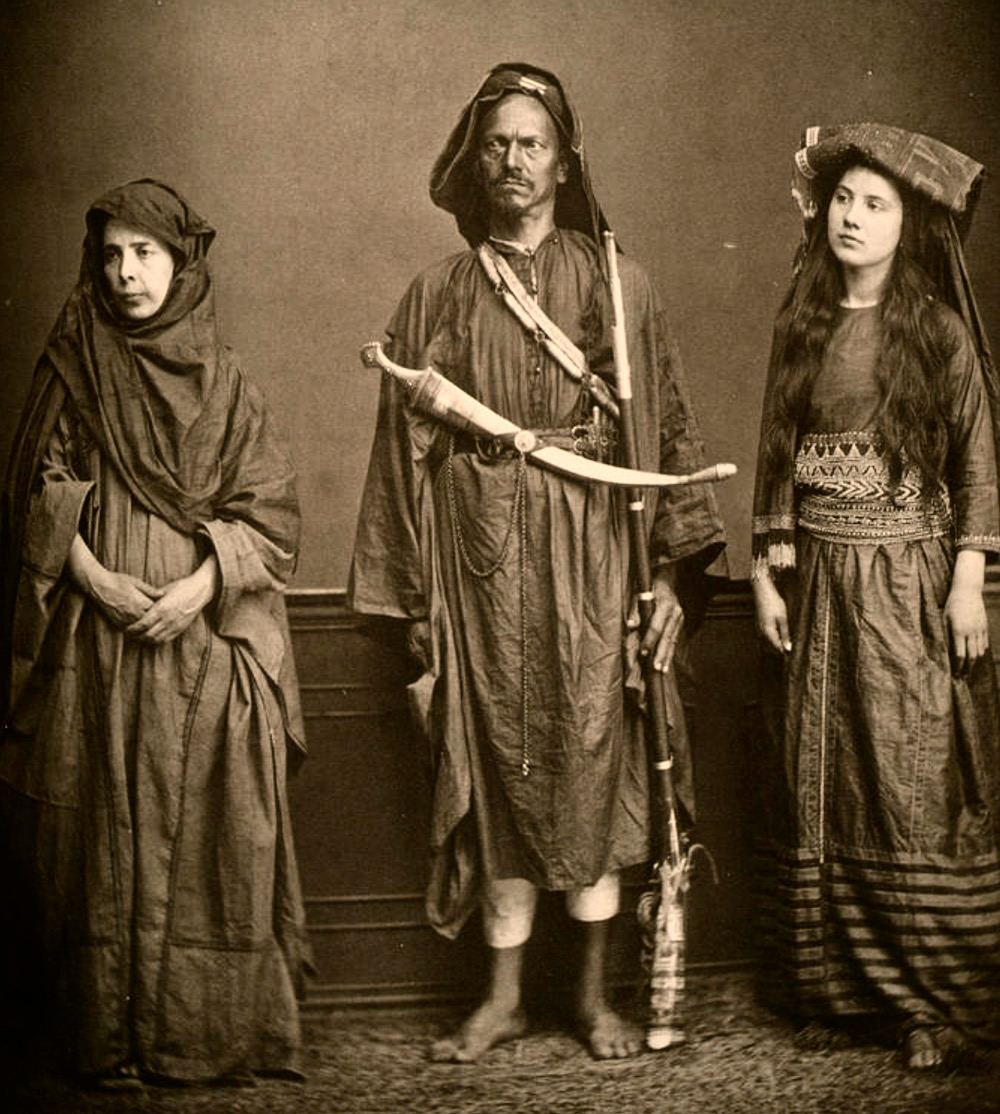 People from Hejaz, the "Western Province" of Saudi Arabia.
The man is carrying his large sabiki in front of him.

From: Les costumes populaires de la Turquie en 1873
published by the Imperial Ottoman Commission for the
"Exposition Universelle" of Vienna in 1873.
Photo by Pascal Sebah.

This exceedingly fine example is about as good as this type of dagger can get. It has a substantial curved multi fullered blade, profusely inlaid with gold, and blackened for contrast. On both sides, also inlaid in gold, is a cartouche with one of the 100 names of Allah.

Hilt and scabbard are made of substantial silver, thickly fire-gilt. Almost all the gold still remains, except on some of the high spots that are more susceptible to wear. In the center of the scabbard is a piece of yellow velvet, repeated at the scabbard's mouth.

The whole is decorated with work on repousse, finely detailed. The reverse of the hilt is chiseled in crisp detail with a fish-scale pattern.