Translation from a primary source

The Padri Gun by Westenenk

Louis Constant Westenenk (Semarang, 1872 - Wassenaar, 1930) was a Dutch linguist, diplomat, and government official. He studied Indology in Delft and was an expert on the Minangkabau in whose language he was fluent.

Westenenk was knighted in the Order of the Dutch Lion and later elevated as Officer in the Order of Oranje Nassau for bravery in repelling an attack on a Dutch fort. He served among others as an inspector on Borneo, Governor of East Sumatra, and Inspector-General in Anatolia.

He organized an exhibition of Minangkabau art in Fort de Kock in 1906-7 and had his personal collection exhibited in De Waag in Deventer in 1913. He wrote several articles, among which one titled "Het Padri geweer" which was published in Weekblad voor Indië. Nummer 18, 5de jaargang. 1908. It is about the Malay gun that is also known as the satingar. I translated it into English so a wider audience can benefit from the information.

The old text can be a bit tedious to the modern reader, with very long sentences, but I chose to stick as close to the original as possible. Westenenk also used some Indonesian words which I kept in the text, for clarity, I provide a list of their meanings below.

Throughout the text, Westenenk uses the word Maleier (Malay) for the locals after their own designation Orang Melayu which literally means "Malay people". They are a diverse ethnic group spread mostly over Malaysia, Thailand, and Indonesia. In Indonesia, mainly on the islands of Borneo and Sumatra.

(When Radjo Nan Pandjiang, coming into position, took a step with his left foot, his bent right leg followed, during the right step, the left leg arched along, the serpentine dropped down, smoke rose to the heavens, and R. B. was a corpse, shot down by R. N. P.)

Thus goes the song that describes the heroic act of Sabai Nan Haloeih “the beautiful Sabai”, who avenged the death of her father, Radjo Babanding, and who -after shaming her brother, who was too cowardly- shot down Radjo Nan Pandjang with his own gun.

It was at the time when the white man did not yet control the kingdom of Minangkabau, in the time of the “parang adat” or “parang batu”, the adat- or stone fights between different nagaris which were fought on the “tanah radjo” or "tanah kabu", open strips of borderlands, where one threw rocks at each other from tranches or from behind bamboo or earthen parapets; very rarely were firearms employed.

This not so dangerous battle often lasted for days on end; many times did the local ruler of Minangkabau plant his yellow flag on the battlefield in an attempt to halt the hostilities, often without the desired result. The Malays relished the joys of playing war, had all the time in the world, and it was a fun game of pretending-to-be-brave.

They had the time! They also had the time to, before firing their gun, make a few dashing moves (tari) and at the parang adat where powder and lead was employed, one tried to outdo the other with the most graceful postures and most dashing of movements; this is what the aforementioned description of the tari, during the premeditated shooting of Sabai's father, deadly shot in a parang adat between the nagari's Baso and Padang Tarok (subdivision Old-Agam, Padang Highlands).

The Malay firearm was the now very rarely seen matchlock, which we call Padri-gun, and the Minangkabau call satengga, sitingga, or sitongga, and which is depicted here.

We first got to know the gun in the war against the so-called Padris*, the Minangkabau who, forced or not, joined the strict Muslim sect in the Padang Highlands who striving for close observation of religious laws, turned against adat, matriarchy, gambling, opium and rooster fights.

* According to different sources, the name "Padri" must have been derived off the Portuguese "padre", father, which has long been used in Malay in the meaning of religious figure. The word has now fallen out of use completely, and not known anymore among the Minangkabau, while some of them who know the word through us pronounce it as "Padari" or "Pidari". Very curious is also the following note of Multatili (in the Max Hazelaar), who was in Pedang in 1843: "In casual form we called the Aceh people from the Batak lands who had recently converted to Islam Padri. The word must mean Pedirees, after Pedir, one of the least appealing states of Aceh." So also Multatule did not know the true origin of the word, and this only a few years after the "Padri War", who the Malay do not call "parang Pidari", but usually "parang urang putih", after the white clothing of the "Padris".

They acted with great power and determination, but also a lot of violence and cruelty, and stirred up the beautiful lands of Minangkabau from the start of the 19th century until 1837.

The guns depicted here have a length of 1.60 meters and weigh over 5 kg.**; the artfully decorated parts of the gun on the bottom are made of copper, those of the other of silver; all parts can be easily disassembled; only the trigger guard has threaded bolts, while everything else is being held together with bamboo pins, which run through corresponding holes in the plates; the front plate accommodates the bamboo spring, which moves the serpentine, which has a slot for the burning fuse, come down with very little power. The whole lock is a very simple mechanism. Little chains carry the holders in which spare fuse, made of coconut bark, are carried.

The guns were manufactured largely in Salimpaung (Tanah Datar), which negari, like Sipajang, was destroyed by our Malay auxiliaries with her arms and iron forges on June 10, 1822. (The ironworks and tools were taken and were used with the works at the benteng at Batu Sangkar, the Fort Van der Capellen.)

The supply of guns during the war was apparently not very large. Using Lange as a source, Van der Maaten reports in his "Indischen oorlogen" (part I pag. 40) that for example at Gurun -not Gurung- 13.500 Malay on our side fought with 2155 guns, and in Marapalam 12.000 Malay with maximum of 2000 guns.

A ramrod is absent on these guns; after being loaded they would stomp the very small butt end of the gun against the ground with considerable force! When a declining shot had to be made, bullet and charge often rolled forward, so that the effect of the shot was close to nothing.

Despite this, there were Malays who could shoot remarkably accurately with these guns. In the afternoon in the kampung they often went target shooting. The target consisted of two bamboo laths of only a few thumbs wide, placed crosswise on an earthen wall of about 4 feet high; they shot at the point where the laths crossed, from up to 200 paces.

After some graceful tari-steps, the marksman slowly raised his gun from the ground, pulled the serpentine, and without pressing the small butt of the gun against the shoulder, pulled the trigger right at the moment that the barrel was just aimed. To overcome the recoil, he would turn the weapon, held in the left hand, around his head, following this movement with his body, and after a skillful step backward, executed with a noble grace, which gave further rise to jealousy.

It may sound unbelievable, but it is a fact, that a good marksman at 200 paces never missed the described mark.

During battle the Malay, standing behind his parapet, put the gun on a rest, and didn't fire until he has someone in front of his barrel, like still happens in Aceh with the wide barreled blunderbuss, which is used in a similarly strange way.

Even though we don't deem the graceful gun of our Padri-enemy very dangerous anymore, we should not forget that our flintlocks of that era were also far from ideal, which becomes apparent from a remark by a commander of a threatened post in Agam: "I have tied our three-pounder back together with ropes, but for heaven's sake send me something better!".

Kingdom of Minangkabau; Also known as Pagaruyun, a kingdom in the highlands of West Sumatra that lasted from 1347–1833.

Adat; the Minangkabau customary law, presided over by one of three kinds. The other kings presided over religion and earth respectively.

The Padri gun in other sources

"The name of the matchlock is satingar, a corruption of the Portuguese espingardão, and the fire-lock is called sânapang, a corruption of the Dutch snappaan." ... "The names for gunpowder itself are a little singular. In Malay it is called ubat-bâdil, which literally means "missile-charm:" in Javanese it is ubat, or "charm" alone." 1 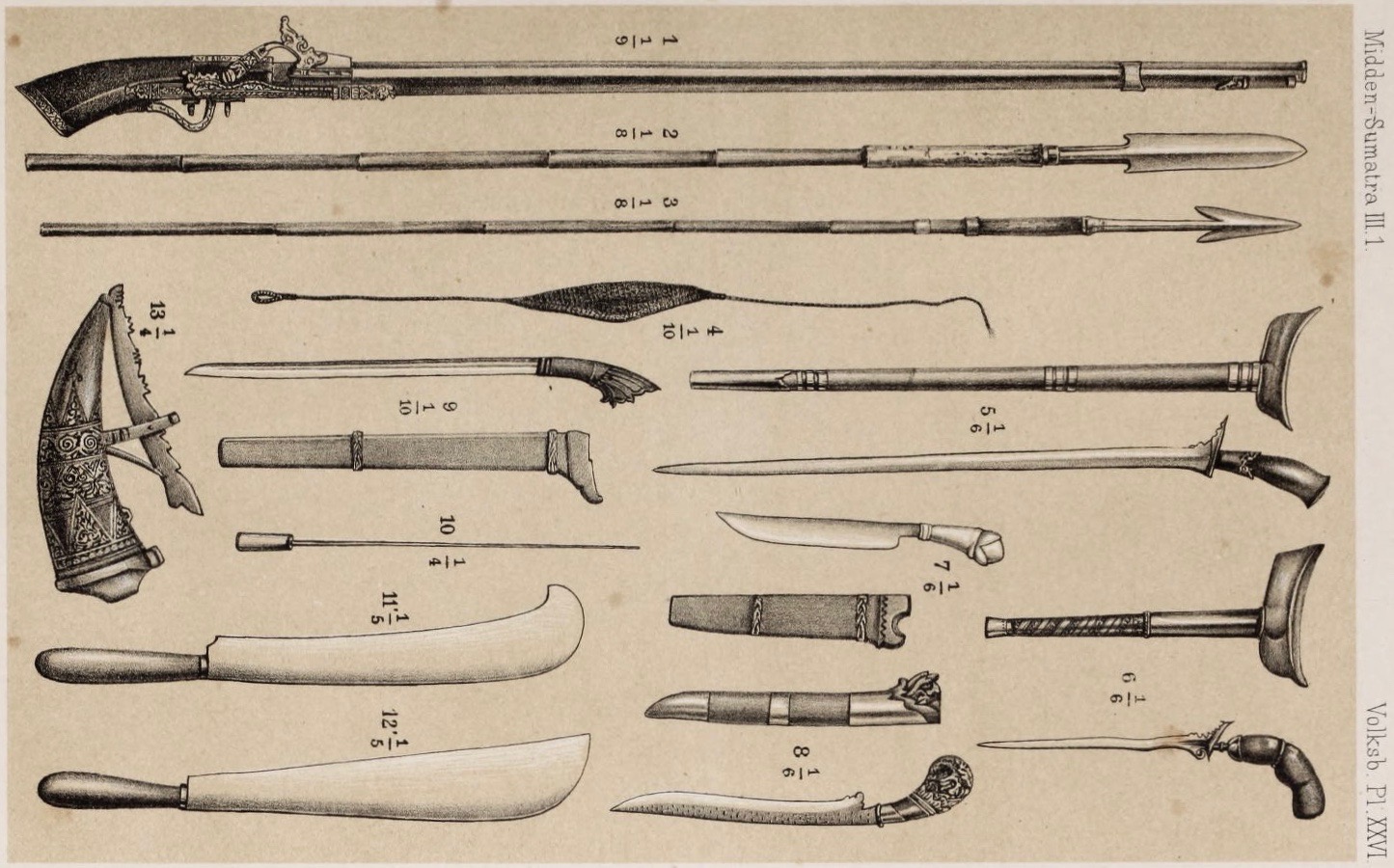 Plate XXIV from the Central Sumatra expedition of 1877-1879 report.

Fig 1. Bǎdije sitèngah from Sirukam. A matchlock gun of Malay make, as they were in common use in earlier times. How these arms have lowered in value since the introduction of percussion guns among the Malays, becomes obvious from the fact that a bǎdije sitèngah is sold for around 6 guilders today. (About €70,- today.)

A 1933 obituary of Louis Constant Westenenk